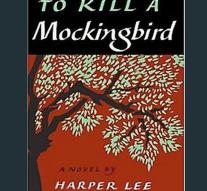 biloxi - History repeats, now that a high school in Biloxi, in the US state of Mississippi, has removed the world-famous book To Kill a Mocking Bird from Harper Lee from the reading list. The book, known in the Netherlands as Spaar de spotfogel, appeared in 1960 as a result of racial discrimination.

At that time, the book was controversially controversial in the south-eastern racist state. But the popularity was unstoppable. Lee won the Pulitzer Prize in 1961 with her book, filmed in 1962 with Gregory Peck in the lead.

According to the SunHerald in Biloxi, the school has removed the book from the list because the language 'makes people feel uncomfortable.' According to the school board, complaints were received. The lessons from the famous book can also be learned from other books.

Lee does not renew the renewed fuss. She died last year at the age of 89.