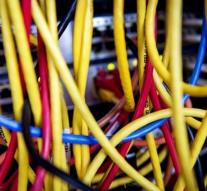 - Saudi Arabia has been the past few weeks the target of a major cyber attack. Which is carried out with a virus that even if they were used four years ago. Protectors Strike Crowd, Palo Alto and Symantec have warned that the wave is not over.

The Saudi authorities confirmed the attack Thursday. Government departments were affected. It is not known how much damage has been done. The attack came from outside the country, according to state news agency SPA. A perpetrator is not mentioned, but Iran is a sworn enemy of Saudi Arabia. They are including in the wars in Syria and Yemen diametrically opposed.

Shamoon malware surfaced four years ago. When state oil company Saudi Aramco and natural gas producer RasGas were affected. The hackers left burning American flags behind the scenes of hijacked computers. ' It is not known why Shamoon has returned suddenly after four years '', Symantec reported.

Shamoon erases the entire hard disk of affected computers. The new version has been active on the evening of Thursday, November 17th. Because Saudis on Friday and Saturday are free, malware ' had the whole weekend time to spread, '' said Palo Alto.