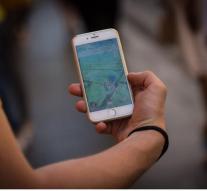 - Saudi security officials have arrested three young men who were with their smartphone at an airport hunting for Pokémon creatures. According to 'take pictures' of the news website Al-Muwatin they stood in the parking lot of an airport in Jizan with their mobile phones. The trio has been transferred to the police.

Players may wait a severe punishment. The highest Islamic institution of Saudi Arabia said a 'fatwa' in 2001 in which Pokémon the last century started a first life, was banned. Arab News called the legal opinion Wednesday recalled.

The permanent committee for legal issues was of the opinion that it is a game of luck was not in line with Islamic law. The new variant Pokemon Go forms according to the jurist Sheikh Saleh al-Fausan no exception.