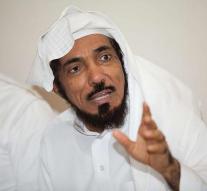 riyad - A leading Islamic leader was suspected of being detained in Saudi Arabia after another important spiritual arrested last week. The two radical imams may have been arrested because of the criticism of the Saudi royal house.

The arrest of Salman al-Ouda would appear from messages on social media. Among other things, he was promising to announce that the emir of Qatar and the Saudi Arabian crown prince had spoken by telephone to find a solution to the conflict between both countries.

The hope for an improved relationship was soon seized by Saudi Arabia. The country despised Qatar from falsifying facts.

Saudi Arabia, the United Arab Emirates, Bahrain and Egypt accuse Qatar of support for international terrorism and finds close ties with Shi't Iran with a thorn in the eye.

The spiritual Aaidh al-Qarni was arrested last week. Like Salman al-Ouda, he is for reconciliation with Qatar. The royal house of conservative Saudi Arabia sees Islamic leaders as the biggest domestic threat. Salman al-Ouda was already in the cell between 1994 and 1999 because of criticism of the government. He is in blacklisted with hatredists in Denmark.

Aaidh al-Qarni wanted to come to the Netherlands in 2015. The lecture was deleted after the fuss had arisen about his coming. The spiritual would have called for hatred and violence.