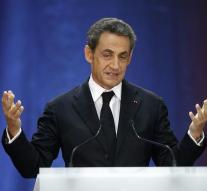 - Nicolas Sarkozy on Saturday confirmed to his party that he represents a candidate for the presidential elections to be held in France in 2017. Before that, he puts his current position as chairman of Republicans down. It reports the Guardian.

The former president lost the 2012 election of the incumbent President Francois Hollande, who proposes re-election. In April, the French elect a new president. Before that happens, Sarkozy needs in November thirteen other candidates managed to beat within his party, including former Prime Minister Alain Juppé.

Also within the Socialist Party of Hollande held primaries. If Sarkozy and Hollande who know how to win, they have to take on against Marine Le Pen of the National Front.