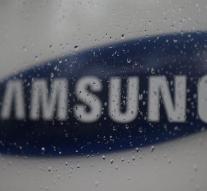 - Travelers who with their Samsung Galaxy Note 7 phone airplane not allowed, including the replacement unit at Schiphol. Samsung makes that possible in three stores of electronics chain CAPI sitting behind customs at Schiphol and Schiphol Plaza. There they can get a replacement Samsung phone or receive their money back.

Samsung had already announced on Tuesday to open a lot of airport exchange counters. The Galaxy Note 7 is in fact banned by many airlines because the device can ignite spontaneously. The US FAA has the inclusion of a Note 7 even forbidden to board an airplane.

The Galaxy Note 7 was never sold in the Netherlands, so the ban will mainly affect foreign travelers. The sale of the unit has been discontinued worldwide.