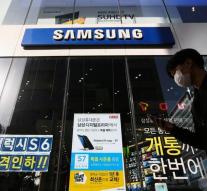 seoul - That Samsung is interested in self-propelled cars may be known. That they were tested on a special circuit as well. But the South Korean technology company has now also been given permission to conduct public tests.

The South Korean Ministry of Land has granted Samsung a license. The tests should enable Samsung to develop high-tech sensors and computer parts that can control a car with the aid of artificial intelligence.

That Samsung is working on these developments does not mean that the company is going to sell cars as well. Previously, Samsung boss Young Sohn has already indicated that the company itself will not build cars. The efforts are mainly aimed at developing automotive solutions.