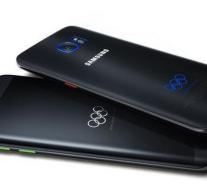 seoul - Samsung comes with a special smartphone for the Olympics, the Galaxy S7 edge Olympic Games Limited Edition. Which is from Monday available in countries such as Brazil, the United States, China, Germany and South Korea. In every country there are exactly 2016 phones for sale.

The smartphone comes in the colors of the Olympic rings. The camera is blue, the power button is red, the volume button is green, the home key is yellow and the unit itself is black. The five rings are also depicted on the back of the device, in the home screen and lock screen. The available wallpapers are inspired by the Olympics.

The app 3D Flag preinstalled on the smartphone. Users can thus put the flag of their country on the screen to display them proudly.


Samsung also shares 12 500 Olympic smartphones to the participants of the Games.