Home / World / Sadness for top photographer: these photos he made 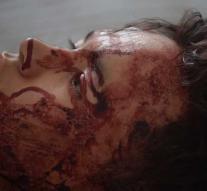 The second bomb attack would specifically target journalists, according to the AFP news agency. 'The perpetrator disguised himself as a journalist,' adds police spokesman Hashmat Stanikzai. 'Then he blew himself up among the crowd. '

Two journalists from 1TV, one from Tolo News and one from Johan TV died, just like the famous war photographer Shah Marai, according to news agency AFP.