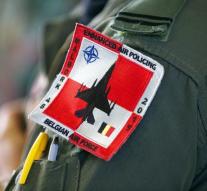 - Prime Minister Mark Rutte and the Ministers Bert Koenders (Foreign Affairs) and Jeanine Hennis (Defense) on 8 and 9 July at the NATO summit. The biennial summit, this time in the Polish capital Warsaw.

During the meeting are included the strengthening of the transatlantic link and of NATO's future on the table. also talks about a joint response to threats and developments for example in Eastern Europe, the Middle East and North Africa. One of the important items on the agenda is the alloying of NATO forces in countries along the border with Russia, among others, the Baltic States.