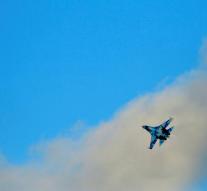 - Russian warplanes have twice violated Finnish airspace within 24 hours. The second time the Finnish Air Force sent aircraft itself into the air, which identified the device as a Russian SU-27.

The Finnish national border guard is investigating the incidents.