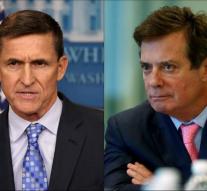 washington - The opportunities for influencing the new US President Donald Trump were discussed in the highest circles in the Russian government last year. That's what the New York Times writes based on sources at US intelligence services.

The senior officials especially spoke about Paul Manafort, who was then Trump's campaign leader, and Michael Flynn, the former general who later became the national security advisor. Both had indirect ties with Russian officials, which would indicate that men could help to change Trump's views on Russia.

Some officials would have invented how well Flynn knew.

READ ALSO: Consultants Trump had a lot of contact with Kremlin

The information obtained by intelligence services was taken so seriously that the FBI was informed. Whether the Russians actually tried to influence Manafort and Flynn is not clear.