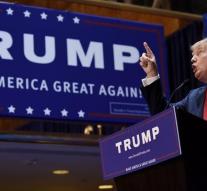 washington - Russian hackers tried to manipulate the elections last year during the US presidential elections in 21 US states. According to the Ministry of National Security, the hackers, who worked on behalf of the Russian government, failed to influence the results.

The ministry refused to say which states were attacked. It is true that the state of Wisconsin has been under fire. The head of the election office of that state announced that the Russians tried to manipulate the registration system of voters.

President Trump won the state of Wisconsin from Hillary Clinton with a difference of only 22 700 votes. The Kremlin has always denied that hackers had used to politically damage Democratic presidential candidate Hillary Clinton last year.