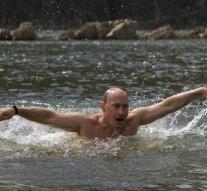 moscow - Beach holidays are no more than a fad in recent years, Russians can do without. That claimed the head of the Russian federal tourism agency, Oleg Safanov, in an interview with the newspaper Rosiskaja Gazjeta.

Safonov made ​​his statement after the call on the authorities not to celebrate more holidays in Turkey, after the Turks had shot down a Russian fighter. Cheap beach holidays in Turkey are particularly popular among Russians.But Safanov his remark had not been made or an employee of an anti-corruption fund was able to report that the boss of tourism himself two houses on the Seychelles keeping alive.
NEW