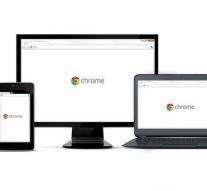 moscow - Chrome 60 for Android offers a new feature in the browser developed specifically for the Russian market. Users can now choose a search engine other than Google.

Google recently accused Google of abuse of power in Chrome and the tech giant seems to want to prevent further problems with the Chrome 60 control panel. In addition to Google, Russians can now choose Mail. Ru and yandex.

Also in the European Union, Google's research is being conducted. The company already has a 2.4 billion euro record fine for abuse in Google Shopping. If the US tech giant is also found guilty of abuse of power with Android, it may be awaiting an even higher fine.