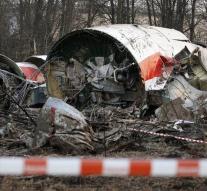 warsaw - Polish prosecutors have accused two Russian air traffic controllers of 'intentionally cause' of the fatal plane crash in which former Polish president Lech Kaczynski was killed in 2010. The Moscow Times reported this Monday.

Marek Pasionek, deputy head of the National Prosecutor's Office, said that new evidence is discovered during an investigation by the government. That led to the charges against the two men and a third person who was in the air traffic control tower at the time of the crash.

The disaster at the airport of the Russian Smolensk came 69 people dead, including the former president, his wife and a number of Polish executives. Poland's ruling conservative Law and Justice party has long maintained that the disaster was the result of malice, but previous charges were invariably directed to negligence.