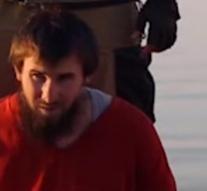 - The man who by Islamic State (ISIS beheaded because he would be a Russian spy, was a moderate Muslim who refused to recruitment by militant groups to fight in the Middle East. Radicalized he certainly was not, his adoptive family has told news agency Reuters.

The victim, Magomed Charsijev, partly grew up in an adoptive family in Chechnya. According to his adoptive mother was a childhood friend attempts to recruit her son for jihad, but he refused categorically.

In a video earlier this week published via social media, the man tells how he was recruited by the Russian security services. He is then beheaded. It is not yet established with certainty whether the video is authentic.