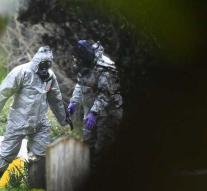 That reports NRC. Various intelligence services cooperated during the arrest, including the Dutch MIVD. According to sources, the Russian spies had equipment to hack the computer systems of the laboratory. They would work for the GROe intelligence service.

At the time nothing was reported about the incident. However, Prime Minister Rutte told on 26 March that two 'Russian intelligence officers working at the Russian embassy' were deported from the country. Whether it is the same two is not clear.

It is not about the suspects who recently gave an interview with RT. They would be the people who captured the British on security cameras in Salisbury around the attack on Skripal.