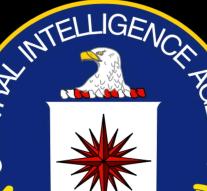 moscow - A court in Moscow has a former policeman sentenced to thirteen years in prison because he spied for the US secret service CIA. That Sputnik state media reported Thursday.

The policeman was recruited by the Americans. For three years he sold information to the CIA, including secrets about the Russian Interior Ministry. The man has known.