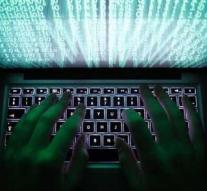 madrid - Spain has extradited a notorious Russian hacker, Peter Levashov, to the United States. Levashov would have led the so-called Kelihos botnet.

Kelihos has been active since 2010 and consisted of tens of thousands of hijacked computers that were linked together to form a so-called botnet. The network intercepted usernames and passwords from unsuspecting people. Kelihos also distributed billions of spam emails per day. The network also provided for the distribution of host software. Other cyber criminals could use the network for a fee.

The botnet was dismantled by the FBI, the US federal criminal investigation department. In April last year, Levasjov, alias Severa, was arrested in Barcelona. There he was on holiday with his family.