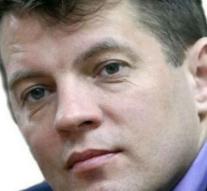 moscow - The International and the European Federation of Journalists demand that Russia release the Ukrainian journalist Roman Soesjtsjenko. Soesjtsjenko Friday in Moscow was arrested on suspicion of espionage.

The journalist from the news agency Ukrinform family touched herself because she had heard two days from him. A human rights organization finally noted that Soesjtsjenko stuck in the Lefortovo prison in the Russian capital. The authorities had Soesjtsjenko's family nor the Ukrainian embassy informed of the arrest.

Soesjtsjenko since 2010 correspondent in France for Ukrinform. According to the IFJ and the EFJ he had traveled to Russia for personal reasons and he was the day he got arrested. ' Roman is a respected journalist with a good reputation, '' said Sergej Tomilenko of the National Union of Ukrainian Journalists, which is part of the IFJ. ' I hope we can bring wide attention to the absurdity of this 'espionage case' to expose Roman. ''

The IFJ expresses shame of arrest. ' This arrest is not only a violation of all international standards but also undermines press freedom, '' said Anthony Bellanger, General Secretary of the IFJ. ' It fits into a disturbing pattern of attacks on Ukrainian journalists and we urge the authorities to release Mr. Soesjtsjenko. ''