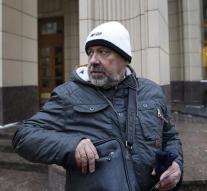 moscow - Russia sets Waclaw Radziwinowicz correspondent of the Polish newspaper Gazeta Wyborcza in the country. The accreditation of the journalist is withdrawn, the left-liberal newspaper reported Friday. He has thirty days to leave Russia.


Observers see this as a response to the recent expulsion of the Russian journalist Leonid Sviridov from Poland. Domestic intelligence ABW had Sviridov according to media reports accused of espionage. Because of the Ukraine conflict, relations between Moscow and Warsaw is currently at a low ebb.
Radziwinowicz worked since 1997 in Moscow.
NEW