Home / World / ' Russia has the right to military response ' 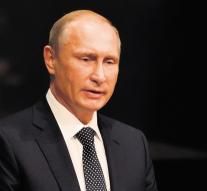 bucharest - Russia has the right to a military response to meet the shooting down of a Russian fighter earlier this week by NATO member Turkey. That said the chairman of the Russian Parliament Sergey Naryshkin Friday against the Romanian television station Digi24.

" This is deliberate murder of our soldiers indie act should be punished ", said Naryshkin. " We know who did this. A reaction from the Russian side will surely follow, in line with international law. Separately, Russia has the right to a military response ", he threatened. Naryshkin was in Bucharest to attend a parliamentary meeting on economic cooperation of countries around the Black Sea.

The shooting down of Russian fighter was one of the worst clashes between a member of NATO and Russia. Nevertheless the incident complicates the already complicated international efforts in the fight against terror organization Islamic State.