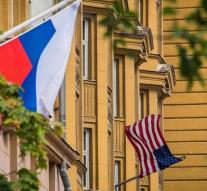 moscow - According to Russia, the new 'aggressive' course of the United States against Iran is doomed to fail. However, Trump's decision not to certify the nuclear agreement with Iran will not directly affect implementation, according to the Russian Ministry of Foreign Affairs.

According to Moscow, there is no possibility of returning to sanctions against Iran, as the US likes. The ministry stated that Trump's speech 'once again emphasizes the inadmissibility of the use of aggressive and threatening rhetoric in international relations'. Moscow calls it a 'pastor of the past' which is no longer of this age.