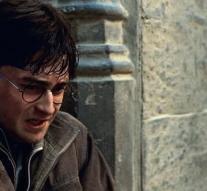 london - With the eighth installment of the Harry Potter series, Harry Potter and the Damned Child, has come to an end the story of the sorcerer's apprentice. That author J. K. Rowling said early Sunday morning in London, after the premiere of the eponymous play. Rowling was in his own words thrilled about the play, but,, Harry is now ready. '

The book Harry Potter and the Damned Child, which is based on the script of the play, also came out this weekend. In the story, Harry is 37 years old, he works at the Ministry of Magic and he has three children. The Dutch translation is expected in November. In several countries, including the Netherlands, bookstores were specially in the night from Saturday to Sunday open on the occasion of the publication of the book. The last part, Harry Potter and the Deathly Hallows, came in 2007.

The play at London's Palace Theatre is sold out up to and including May 2017.