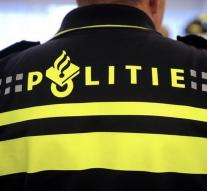 rotterdam - The police Tuesday morning seven buildings in Rotterdam, Vlaardingen and Rhoon searched in an investigation into large-scale drug trafficking. Two suspects have been arrested. At the company AFE Transportation Rotterdam takes the police during Tuesday eleven vehicles seized. Which reported a spokesman.

The identity of the suspect has not been disclosed yet.

The police investigation started back in September. In April, 500 kilos of cocaine was seized which was hidden in the false bottom of a container. When his nine suspects, including the owners of the company, maintained.