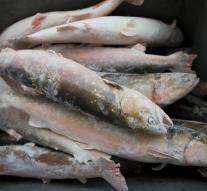 sydney - Delegates from 24 countries and the European Union agreed on Friday to create the world's largest marine park in the Antarctic. The Ross Sea is protected for the next 35 years at the fishery, said that the Commission for Conservation of Antarctic Marine Living Resources (CCAMLR) after a meeting in Hobart.

At the meeting, they unanimously came to the agreement to declare the sea in Antarctica to a protected area. The Rosszee is seen as one of the most important ecological oceans of the world. Scientists and activists describe the agreement as an historic milestone in global actions to protect diversity in the sea.

The new marine park in the Southern Ocean in Antarctica will cover 1.55 million square kilometers and home to more than 10 000 species. Most of the penguins, whales, seabirds and squids in the world will be found in the Ross Sea.