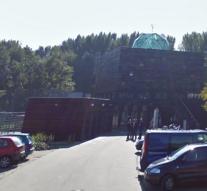 rotterdam - Police have arrested five men alleged to have participated in fights between supporters of Feyenoord and FC Utrecht at the KNVB Cup final on Sunday, April 24th. The five are accused of attempted aggravated assault or overt violence, police said Tuesday.

Around the cup final in Rotterdam came to a clash between the supporters groups. On the day a total of 59 people were arrested for defamation, rowdiness and fighting factions. Three police officers were injured.