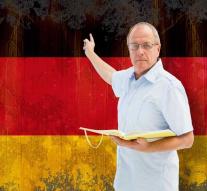 berlin - The German AfD has set up an anonymous click line, where students can indicate their teachers. The patriotic opposition party, which occupies second place in the polls, is afraid that teachers will not tell them neutrally.

The campaign has received a lot of criticism: 'Organized betrayal is a means of dictatorships,' Minister of Justice Barley (SPD) warned.

The first click line was set up in Hamburg. Saxony and eight other states want to follow that example now. The AfD is afraid that the teachers' corps depicts them as the extreme right: 'Pedagogues walk around in' FCK AfD '-T-Shirts, they make the AfD ridiculous or there are calls to demonstrations against the AfD in the schools', late know the party.