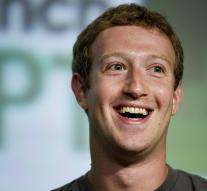 brussels - Facebook is scolded by a judge in Belgium. The tech company to stop tracking and recording of Internet of Belgian surfers who have no account in the social network.

Facebook previously given 48 hours time. If this fails then a day the company must pay a fine of 250 000 to the Belgian privacy watchdog. Which had dragged Facebook for the court, after the tech company earlier warnings hit the crossbar.

Facebook has been making use of a so-called cookie that collects information from users. However, the file will also be installed on non- Facebook users when they visit the site. The ruling of the judge, personal data may only be stored after clear consent of those involved.