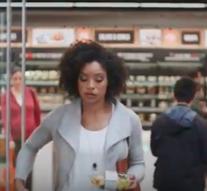 seattle - No more waiting in line at the cash register, not even by a self-scanner? As far as the US Internet giant Amazon is the future. The company presented Monday Amazon Go, a convenience store concept in which the customer without a single interruption with the groceries run out of the store.

Thanks to a special technology, which is based on gadgetry behind the self-driving car, this must be true. A test shop of 175 square meters soon reveals whether it all really works. Anything that stops the shopper in the basket is seen by the system and processed. Computers and sensors to 'see' everything and underlying algorithms do the rest, claims the mega-company. The only thing the customer has to do is download a mobile app. Checkout thereby automatically.

If the tests turn out well, would like to open the business in 2000 supermarkets in the US, according to The Guardian show leaked documents. That would be a shock in the US supermarket industry. In many cities it already provides a delivery service for groceries on. Amazon opened earlier physical bookstores in San Diego, New York, Portland and Chicago.