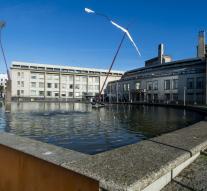 - Two former Serbian intelligence agents have to appeal again on trial before the ICTY in The Hague. This has the Appeals Chamber decided Tuesday.

The two suspects were two years ago was acquitted of crimes against humanity and war crimes during the Balkan wars in the early nineties. The Appeals Chamber finds that Jovica Stanisic, former head of the Serbian State Security Service (SDB) and Franko Simatovic, former special advisor to the SDB been wrongly acquitted.

Since its inception, the UN tribunal indicted 161 persons for serious violations of humanitarian law in the territory of the former Yugoslavia between 1991 and 2001. Proceedings against 149 of them are closed. Against twelve accused is still a procedure.