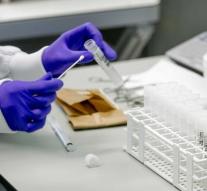 - American researchers have put a major step in the retention of data in DNA material. They beat a music video and a digital book in a few hundred languages ​​on a tiny piece of DNA.

It was a file of 200MB, Microsoft said in a blog. The company operates in the investigation closely with scientists from the University of Washington.

According to Microsoft, it is now time to use these DNA technology on a larger scale. The company hopes that someday fit all data stored in a data center in DNA media the size of a few sugar cubes. Before that, it still needs a lot of research.