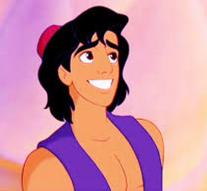 - One third of the supporters of the Republican Party in the United States said to be in a poll in favor of a bombardment of the kingdom of Agrabah. The survey question was just not true Agrabah is right, namely in the Disney version of the fairy tale Aladdin.

A majority of Republican voters (54 percent) is in favor of the Muslims no longer have access to the United States, as presidential candidate Donald Trump wants. Nearly half (46 percent) wants a national database comes from the Muslims in the country.

One in four respondents said that Islam should be banned in the US.