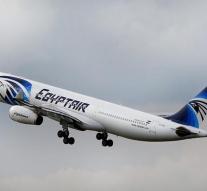 - A ship was deployed, has found and taken remains from the disaster unit of EgyptAir in the Mediterranean Sea by the Egyptian authorities. The body remains had been located previously.

The vessel John Lethbridge is the port of Alexandria enters to transfer the remains to the team that is investigating the crash of the device. The research commmissie reported Sunday that the ship then sails back to the spot where the plane plunged into the sea to see if there are more remains.

The Egyptian unit collapsed in May with 66 people on board into the sea during a flight from Paris to Cairo. The pilots did not report any problems before the plane disappeared from radar screens.