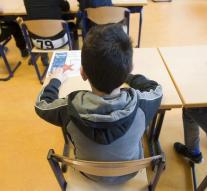 - For students in the middle of the country in the summer is over. They should in the classroom from Monday. Holidays in Central Netherlands began on July 9.

Next week the schools in the northern Netherlands again. Finally, on Monday, September 5th, the students go to the south of the classroom again.

The summer holidays by region change each year. For example, students from a region to one year leave early in the season and on holidays the next year. When holiday planning, the Ministry of Education, Culture and Science into account a balanced distribution of holidays over the school year, as well as the final exams.


The next holiday is the autumn. This begins the regions North and Central on October 15 and lasts a week. A week later, the south's turn. This is an opinion date, schools may vary.