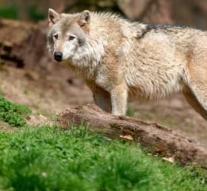 oslo - A record number of wolves were killed in Norway last winter. Hunters shot thirty wolves, the Ministry of Environment reported. The high number does not mean that the country counts more wolves. The Norwegian government allowed a higher number of wolves to be shot during the past hunting season: 42.

In the winter of 2016-2017 more than a hundred wolves were seen in the country, mainly in the border area with Sweden. In that country, 48 wolves were killed last winter.

The predator has a protected status in Scandinavia, but the number is kept within limits because hundreds of sheep per year fall prey to the wolves.