Home / World / Record number of murders of transgender people in US 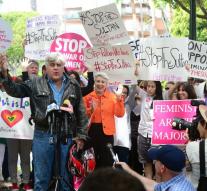 - The number of murders of transgender people in the United States this year reached record levels. Say activists for equal rights for transgender people, lesbians, gay men, bisexuals and transvestites (LGBTQ). This year already 22 murdered trans people against 12 in all of 2014.

The violence can be linked to growing attention that the group will, among other things by coming out of Caitlyn Jenner, in the past known as the former Olympic champion Bruce Jenner. " Historically, you often see a check if there have been positive moves for marginalized groups ", according to the head of the LTGBQ Study Center of the University of New York.

When the victims mainly involves women of color, nineteen of the 22 dead come from that group.