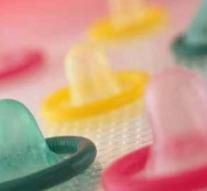 - The number of new HIV diagnoses in Europe has never been as high as last year. In 2014 more than 142,000 new infections are registered. The year before, in 2013, there were still zo'n136.000. Especially in Eastern Europe, many people became infected.

According to a new report from the World Health Organization (WHO) and the European Centre for the prevention and control of diseases (ECDC) where German weekly Der Spiegel reported about. " Actie'In Eastern Europe are mostly heterosexuals who have unprotected sex and drug users to the virus. In Europe as a whole, most new HIV still through homosexual contact. WHO and ECDC noted that measures against HIV in Europe are inadequate. The two parties therefore call on governments to come up quickly with a plan of action " for the HIV epidemic to a halt." HIV is the virus that can cause AIDS. If it is detected in time, HIV is now treatable. Tuesday, December 1, World AIDS Day, is the fight against AIDS worldwide in the spotlight.
NEW