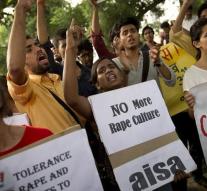 delhi - Two parents have filed a complaint against an Indian private school where their daughter would not be welcome after rape. The headmaster feared that the presence of the girl would 'smear' the name of the institution, the newspaper Hindustan Times reported on Thursday.

The girl was previously kidnapped, raped and thrown out of a driving car. She then discovered that her school was no longer waiting for her presence. The head of school would put the parents of the girl, whose age is not mentioned, under pressure to bring their child to school.

The parents did not agree and complained to the Women's Commission in Delhi (DCW). 'The school board believes that the name of the school is affected if the victim comes to school every day,' they wrote in their complaint.

The school would try to get rid of the girl with bullying. For example, she may no longer be sitting next to her friends in class and she is ripped off the school bus. Also, the parents were told that their daughter could only go over to the next year if she did not go to classes anymore.