Home / World / Rally in Hamburg around the G20 summit 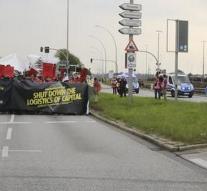 hamburg - It is Friday's rest again in Hamburg. There are again confrontations between police officers and protesters who express their dissatisfaction with the G20 summit in the German city.

Reporter Daniel van Dam is in Hamburg and reports on the situation in the German port city during the summit. His tweets are read at the bottom of this article.

At various places in the city the protesters flow again and spread across the city. Protesters hit again with the police. At least, arrest has been made.

There is a police helicopter in the air and all night there are sirens.

SEE ALSO: G20 in terms of trade, climate and protest