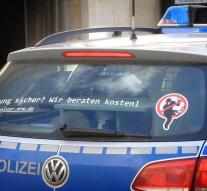 erfurt - In several places in Germany on Tuesday morning antiterrorist units of the German police deployed. The action focuses on Chechens suspected of financing terrorism in Syria, reported the judiciary.

Twelve homes and searched a common property. The raids were in Thuringia, Hamburg, North Rhine-Westphalia, Saxony and Bavaria.

Justice fourteen suspects on the grain. It involves eleven men and three women of Russian nationality and Chechen origin. They are all asylum seekers between 21 and 31 years. Main suspect is a 28-year-old man who had wanted to join the fight IS in Syria.

There would be no danger have been an attack by the group in Germany.