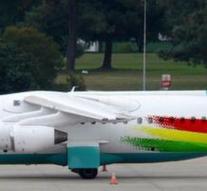 - The Public Ministry of Bolivia have raided offices of airline Lamia. The CEO and two other company employees were arrested. Last week, a plane crashed this Bolivian charter company down in Colombia.

A prosecutor said that an investigation against six persons. The company is accused of lack of fuel have made the flight that ended ultimately fatal for 71 people. The three arrested are at the police station for eight hours interrogated.