Home / World / Raid on wagon with materials ARD and ZDF 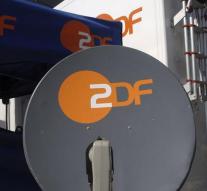 - German TV channels ARD and ZDF on Friday faced the first cons of Olympic Games in Brazil. Criminals attacked a truck carrying two containers full of material from broadcasters during transportation from the port to the Olympic complex in Rio de Janeiro.

The driver was unharmed. The perpetrators no trace, like the stuff worth about 400 000. ARD and ZDF were insured against this type of disaster. Both expect no impact on Olympic broadcasting. With five weeks to go until the opening of the OS has to arrange adequate time replacement equipment and stage decoration.