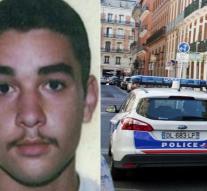 - "Heavily armed police units are Sunday night for the fourth time invaded the home of the mother of terrorist suspect Osama Atar. Atar is seen as the possible mastermind behind the attacks in the Belgian capital."

"It reports the newspaper La Dernière Heure Tuesday. The Prosecution would only confirm that a search has taken place in connection with a possible returned Syriëstrijder."

"The 32-year-old Oussama Atar was between 2004 and 2012 in the prison in Iraq and then possibly to Syria traveled. Belgian media, he is depicted as a pioneer of the Foreign rebel fighters in the Syrian Civil War and as a topterrorist."