Home / World / Racer Antwerp will be released after three months 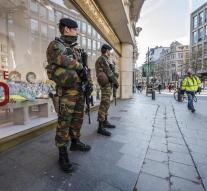 antwerp - The 39-year-old man who broke through a shopping street in the pedestrian area in Antwerp in March comes free. The Antwerp court committed a deposit of 5000 euros to his release two weeks ago, but that condition was removed on Monday in appeal.

Mohamed R. was arrested on March 23 after his assassination of the Meir. Initially it was thought that it was a terrorist act: he was charged with attempted murder in a terrorist context.

The Public Prosecutor's Office quickly weakened suspicion, although the Frenchman had a sting gun and a demolished riot gun in his trunk. He is only convicted of forbidden possession of weapons.