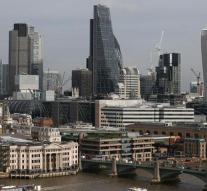 london - More than one in four British residents in London lives below the poverty line, despite the fact that most of them (over 60 percent) have a paid job.

That is a report from the New Policy Institute (NPI), a British research agency. The NPI describes London as the capital of poverty, 'despite all visible prosperity and wealth. '

The increasingly rapid rise in housing prices, especially social housing, is the main cause of this development. Whatever does not help, wages will hardly increase with prices.

The average rental price of a property is in London at 1800 pounds a month, converted over 2000 euros. The NPI has calculated that, in particular, people living in a rented house have lost a 'disproportionate part of their income to living expenses. '