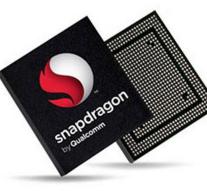 waterloo - Blackberry gets $ 940 million from chip manufacturer Qualcomm. That amount, about 841 million euros, gets the mobile phone maker because it has paid too much for licenses on Qualcomm's patents for years. It was already clear that Qualcomm had to pay, but a precise amount was not known yet.

More bad news for Qualcomm was in the form of a charge from shareholders. They find that the company has conducted bad policies by using hard tactics, which causes the US FTC to investigate the company for abuse of power. In addition, Apple now has a lawsuit against the chip maker because it would incorrectly calculate license fees. That's why Qualcomm can cost another million when Apple wins the case.