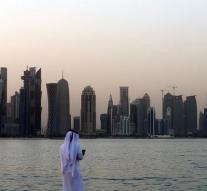 doha - The Qatar Ministry of Foreign Affairs announced on Wednesday that it would once again station an ambassador to Iran. This was called back from Tehran in January last year, following the attack on the Saudi embassy in the Iranian capital.

A furious crowd stormed the building after the Shiite spiritual Nimr al-Nimr was executed with another 46 others in Saudi Arabia.

Earlier in the day it became clear that the icy relations between Iran and Saudi Arabia begin to thaw. The expectation is that the Shiite Republic and the Sunni Kingdom will soon exchange diplomats again.