Home / World / Putin will stop all Russian flights to Egypt 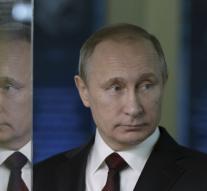 moscow - Russian President Putin has decided that there are no more Russian airlines flying to Egypt.

He is following the advice of the chief of the Russian intelligence service FSB, Alexander Bortnikov. Which proposed a temporary suspension of all flights to Egypt, during a meeting of a antiterrorismecomité, until it is clear what happened to the crashed Russian Airbus A321.

Last Saturday crashed that plane into the north of the Sinai down. All 224 passengers, almost all Russian tourists, were killed. In England and the US is speculated noisy by the authorities jihadists in Sharm al- Sheikh have brought a bomb aboard the Russian unit. The Russian authorities have so far responded remarkably restrained.